The uses and special properties of brass are not new to us in the world of hardware and manufacturing. Among the other important uses of brass and brass products, machine screws and fasteners are important and extensive.

Screws, as we all know are important for assembling and putting the parts together. Any person in the hardware industry will know the necessity and importance of screws. The material with which the screws are made and the shape and size of a screw, determine its use and functionality. 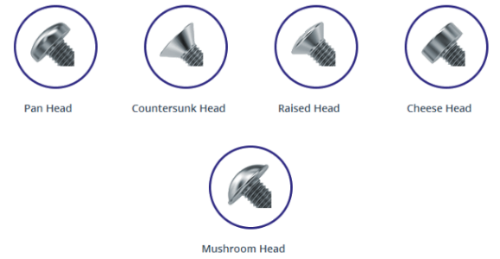 Brass screws are popular in the heavy machine industry. Let us have a brief about the structure and uses of brass machine screws.

In simple words, brass machine screws are a small diameter bolt. Generally such screw is untapered shank straight and has a blunt end same like a hex cap screw or a bolt. Usually, instead of wrench, screw driver is used to drive the screw. There is an external machine thread which runs through the entire length of the shank.

These screws are commonly used to fasten metal to metal. It is designed in such a way that it is inserted a hole which is pre-threaded or mated with a nut where it is called as a stove bolt.

According to the specific requirements, right brass machine screws should be selected since the application sizes vary a lot.  Brass, which is an alloy of copper and zinc, can resist with moderate temperature and rust. Though its strength is not high it conducts electricity and is durable. Brass is a non magnetic metal. It is often used for appearance.

There are various head shapes in brass machine screws. They are:
Thanks for reading. What do you think about this topic? Leave your questions, comments, and/or thoughts below!
Posted by Asian_Fasteners at 02:45